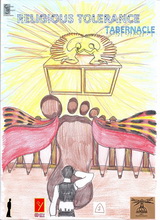 The Santos Dynasty: Religious Tolerance
Katengue Santos
2011
What CORE VALUES do religions have in common? As an architect, a great grandson of a tycoon is given the responsibility to construct a hotel for a very influential church leader - at any cost! Even, if it means to evacuate the monastery in less than two months; just because they are not form the same religious group. On his mission, he unexpectedly meets a woman with a testimony that lead him into a world of religious awaking â€“ a journey that would change his prospection of other religions forever. But his family name later draws him back, and now, he has to decide whether to continue with the project and keep his reputation and family name; or give up and be happy with the woman of his dreams
Share
Tweet
Pin
0 Shares